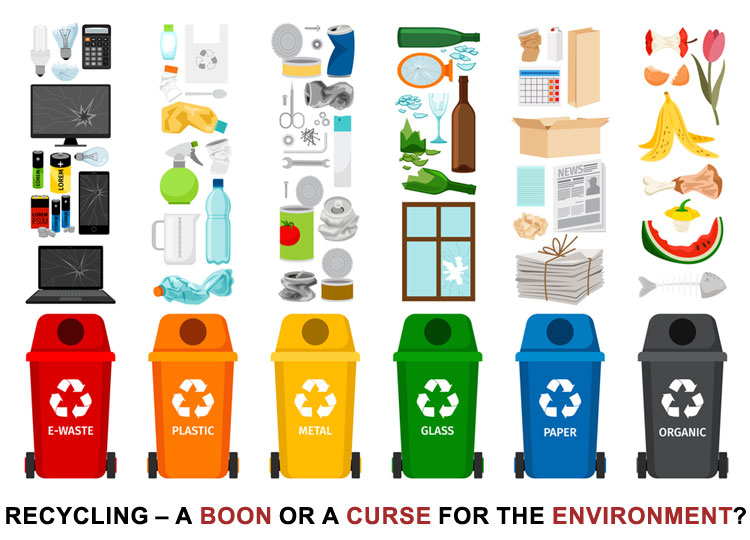 One of the popular definition of recycling as per https://www.merriam-webster.com/dictionary/recycle is: to pass again through a series of changes or treatments: such as to process (something, such as liquid body waste, glass, or cans) in order to regain material for human use). Simply put anything that can be altered after use and made usable again as a raw material or a new product.
Thus, going by the definition, there are various objects that we use on a daily base that can be recycled such as paper, metal, glass and so on. However, there is an ongoing debate about the benefits of recycling on the environment.

As We Know That Metal is One of the Most Common Recyclable Element. Emissions from cars and trucks are considered one of the main contributors to Air pollution. Poor air quality is a major concern as it has severe repercussion on the environment as well as human health. And therefore, recycling of scrap car was started. An automobile is made up of various metals and depending on the metal that is recycled the benefit on the environment can be studied.
Apart from cars on the road, even a dead or a scrap vehicle is a major contributor in generating poor air quality.

This happens because the gas from radiators and batteries of dead car enter the environment and add to the pollution. Thus, the best way to prevent such air pollution is to get rid of your car via professionals who recycle the waste.

See: The Current Recycling Crisis Faced by Australia and Ways to Tackle It

Vehicles Are The Biggest Source Of Recyclable Metals. According to National waste report 2018 published by Environment.gov.au In 2016-17 about 5.5 Mt, or 226 kg per capita, of metal waste was generated. The recycling rate of 90% was higher than any other material category. Metal recycling is well-established in every state and territory but has suffered from unstable global prices, putting financial pressure on the scrap metals industry, which depends on export markets. At the time of writing, prices are recovering.

Some toxic metals, such as cadmium and cobalt, and rare and precious metals, such as gold and palladium, are still being landfilled in composite material products such as electronic waste. The tonnages are low but the potential environmental impacts and value of the lost resources are high. Figure 30 shows the trend in metals waste generation and management method from 2006-07 to 2016- 17. Waste generation increased by about 38% (4.0 to 5.5 Mt) and the recycling rate increased from 86% to 90% (3.5 Mt to 5.0 Mt)

See: Ways in which recycling can help to improve the environment in Australia

However, there are two sides to everything and same is the case with recycling. There are many who believe that though the recycling movement started with the noble intention of protecting the environment. Today it is nothing but a money churning empire. With the safety net of recycling, companies are selling plastics and other materials without any hesitation. And on the other hand, consumers buy such things thinking that one we use it. We will put it for recycling and assuage their guilt. However, successful recycling not only needs intention but the facility and the equipment.

Also, not all waste is recyclable or is not as simple as we think.

Thus, there is a thought process that believes that reduce and reuse is more beneficial in controlling pollution.  Also, It is believed that what you recycle also contributes to deciding whether it is worth or not.

For example, recycling metal is very beneficial because of several reasons

However, on the other hand, material like glass is not suitable for recycling. Since the cost and the energy consumption of glass recycling is much more than producing new glass. And plastic, as we know, is the bane for recycling.

Thus, though recycling of metal is definitely a plus for the environment, it is yet to be established whether recycling of other waste material is practical or reduce and reuse will benefit more with the pollution.

This entry was posted in   and tagged on June 27, 2019.
« The 7 Dangers Of Selling Your Used Car Privately
Five Things You Must Do Before Selling Your Car to a Salvage Yard »
Recent Posts
[]
1 Step 1
Previous
Next